Educational License for “Chinatown” grants U.S. public performance rights for non-commercial and educational exhibition when no admission fee is charged.  Orders can be placed by selecting one of the options below, which will direct you to the payment page.  Standard shipping and handling fee is $10 per order.  Our films are for non-theatrical use only (unless agreed otherwise in writing) and are protected under Title 17, U.S. Copyright Code.  They may not be reproduced, duplicated, televised or transmitted in whole or in part, or posted on the internet without specific written permission. 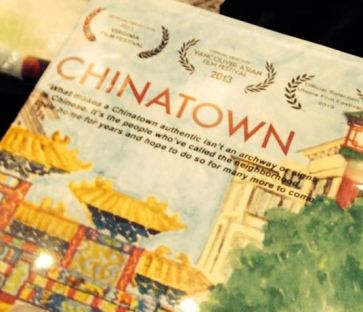 “This documentary is ripe for pedagogical use in urban planning, sociology, and Chinese studies courses…many interesting concepts…could be expanded upon in the classroom through discussion, case study analysis, or research. The overall originality of the documentary’s subject matter makes it a worthy addition to library film collections.” – Brandon West, Social Sciences Librarian, State University of New York at Geneseo

As Chinatowns across the country are facing off with gentrification, just over 300 Chinese American residents remain in Washington, D.C.’s historic Chinatown. Most of them are seniors living in the federally subsidized section 8 project Wah Luck House and have been pushing for the right to remain in the neighborhood as it undergoes development and rising property values since the early 1970s.

Through the stories of three Chinese Americans, the documentary takes an intimate look at the past, present and future of a changing neighborhood from the perspective of its underrepresented low-income community. Just like when the 1960s Civil Rights Movement inspired many Chinese Americans into action, today’s D.C. Chinatown community has overcome the political and cultural isolation and reached out to nonprofit and legal organizations for education and representation in their on-going activism for equality and justice. The documentary sparks the important conversation of what the future will hold for Chinatowns across North America. 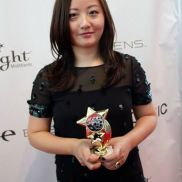 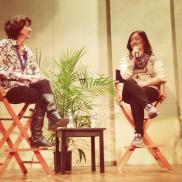 “Chinatown can serve students making short documentaries, particularly ones about their own communities, as example to discuss access, style, and story.  And it also could be useful for Asian Studies curriculums, to consider other Chinatowns facing gentrification.” – Danielle Beverley, Assistant Professor, Department of Communication, Northwestern University

“The film is a unique story yet relevant to other ethnic neighborhoods in cities across the U.S.  It is an important contribution to our understanding of immigration history in the United States.” – Professor Maggie Stogner, School of Communication, American University

“Chinatown would make an excellent addition to geography and urban studies departments seeking material to examine how an invisible population is being impacted by and fighting against urban processes.  The film is also suitable for those studying the changes of Chinatowns across North America.” – Sophie Fung, MA, Urban Studies,  Simon Fraser University, Canada

“I’ve found the film to be an excellent educational tool in the classroom to engage students in a meaningful discussion about immigration history and changes in the historic Chinatown neighborhood over the last decades.  It engages my diverse student body and encourages critical thinking about important social issues and a part of American history that is often overlooked in mainstream secondary curriculum.”  – Chrissy Stouder, World Languages Department Head, Washington Latin Public Charter School

“The very first documentary film about D.C.’s Chinatown…takes an intimate look at the past, present and future of the gentrifying D.C. neighborhood, through the eyes of three Chinese immigrants. What makes a Chinatown authentic isn’t an archway or signs in Chinese. It’s the people who’ve called the neighborhood their home for years and hope to do so for many more to come.” – Rebecca Sheir, NPR

“Here are a few films that have us buzzing: Yi Chen’s documentary looks at the evolution of the Washington, D.C. neighborhood through the lens of three residents, who are trying to hang on to the last vestiges of Chinese culture on a strip where an increasing number of storefronts are chain restaurants and bars.” – Stephanie Merry, The Washington Post

Yam Chum LEUNG (left), 70s, immigrated to the United States in 1998 from Taishan. Having lived in DC Chinatown for over a decade, Leung is one of the founding members of the Wah Luck House Tenants’ Association and has been serving as the President of the Board since 2008. The 153-unit low-income housing is home to primarily limited English proficient Chinese seniors and families. Leung leads the association in its efforts in advocating for tenant rights.

Jia Ting (Tina) XU (middle) is a retired nurse in her 70s. She emigrated from Shanghai in 1992 with her husband. They have lived in Chinatown for over 20 years. In 2009, Xu testified at a City Council hearing advocating for more affordable housing and a Chinese grocery store in DC’s Chinatown. She also organizes a monthly shopping trip to the Great Wall Chinese Supermarket in Falls Church, Virginia. 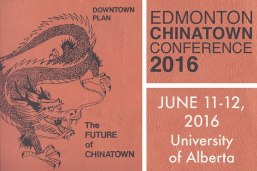